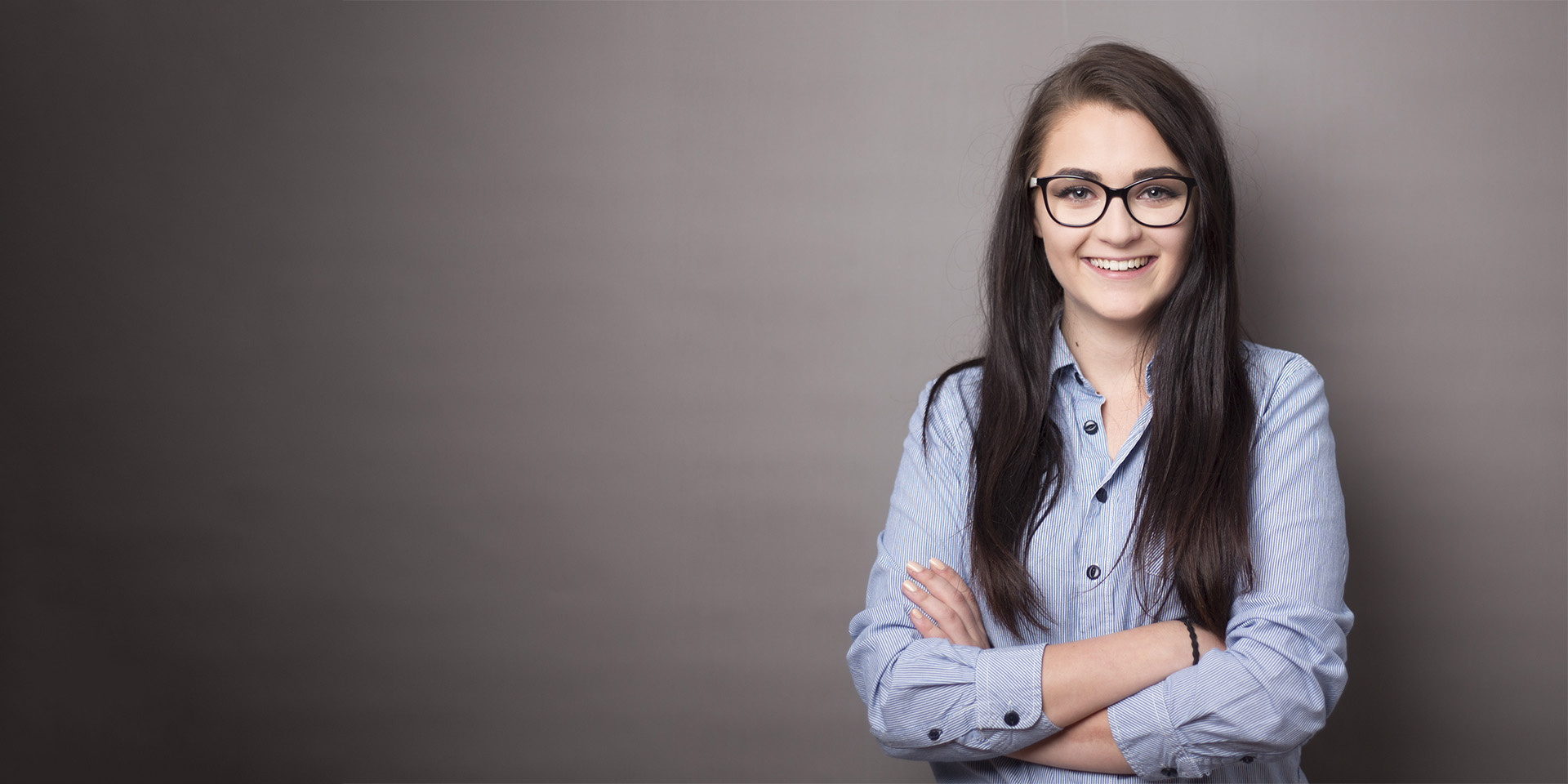 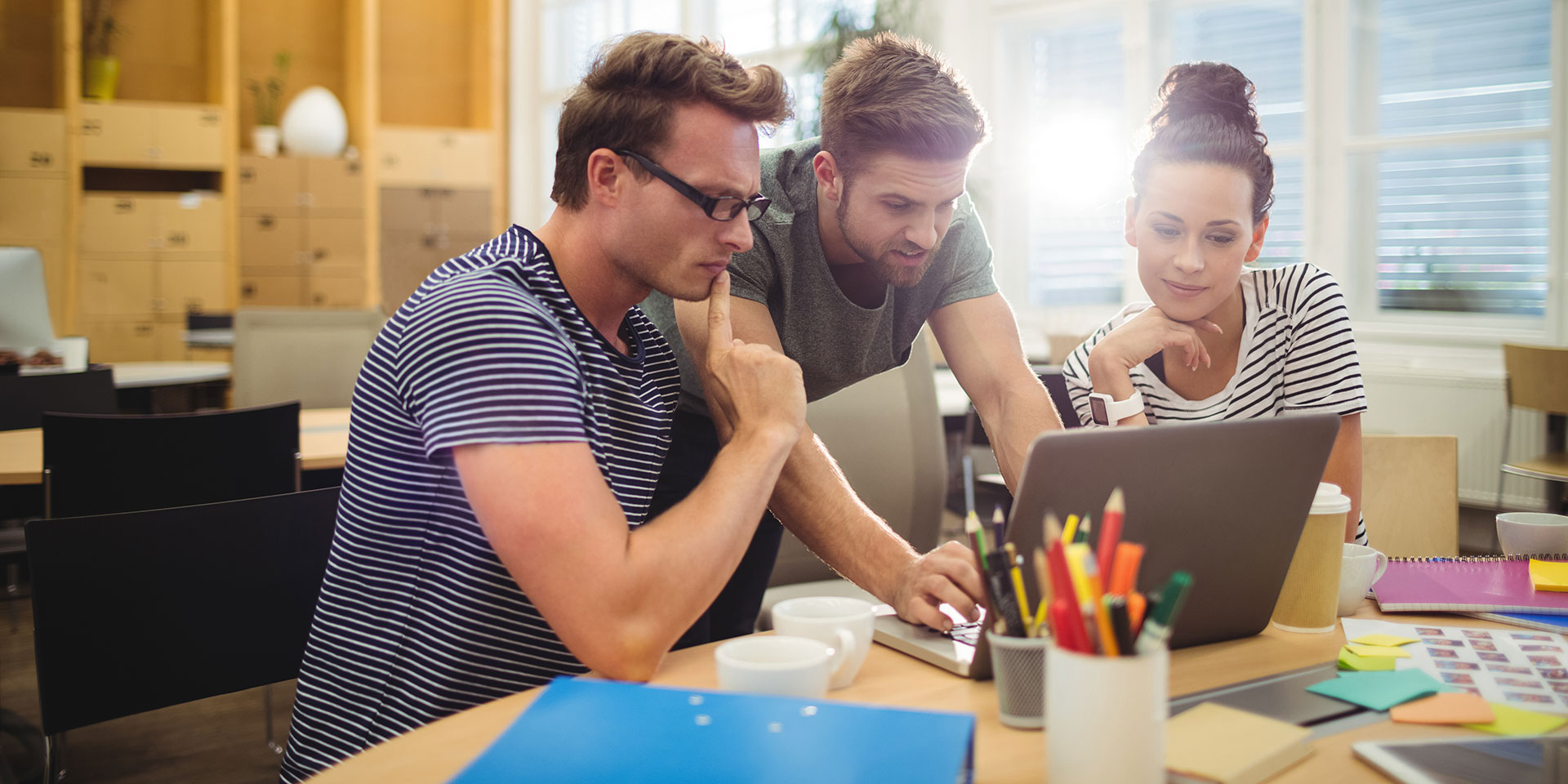 Learn How To Tile Professionally with Tiling Courses and Tiling NVQ Courses.

Sick of Rate-my-Tiler type websites charging either you, or your customers? - So are we! We have over 100,000 tradespeople on our books and many use these money-hungry websites. Well look no further, there's a free one! Woop woop

Find a Free Tile Forum at UK Tiling Forums. It's a new forum that covers all aspects of wall and floor tiling.

Professional Tiling Tools at Trade Prices for All Tilers

Blades and grinder wheels for grinders. Diamond and Tungsten

A new website we're working on. It's still in beta at the moment so not fully operational. But it does work. We need more tradespeople to add listings for us to get it working better.

Find tilers that are local to you for free. But also, if you're a local tiler, register for free too! It's free. Did we mention that?

Professional Free Tiling Advice and Tiling Tips from thousands of professional wall and floor tilers from all areas of the tile industry in the UK. Although we are primarily a UK Tiling Forum, we do have lots of members from overseas. Spain, Italy, France and other European Countries. But also America, Mexico, Australia, Canada, New Zealand and even some tilers from the African Continent.

Use Your Mobile to Find a Tiler

You can do all the following via your mobile, tablet, laptop, PC - all using our free web app. Get notifications instantly from the UK Tiling Forum whether you're still browsing the forum or not.

Get a Free Tiling Quote

Post your job to the UK Tiling Forum and you can let all the tilers get back to you. Then do your research on them via searching for past jobs they've done on the forum.

Find a Local Tiler to Your

With 5,700 tilers across the UK you will find three tilers local to you easily. Make sure you get three tilers come and estimate for the work you need doing. You want them to mention products they will use and tile fixing methods.

Always get three tiling quotes from three local tilers that come highly recommended on the UK Tiling Forum. You won't need to pay for this like on CheckaBuilder and MyTiler type vetting websites which charge.

Read Reviews and Research Their Posts

Read through the forum to find reviews and research their threads on the forum. All tilers would have posted advice to other tilers on the UK Tiling Forum.

Have Your Tiling Unique To You

Your Tiling should be unique to you and you only. Checkout the tilers previous work and let them suggest some options to make your tiling unique.

Our Tile Gallery hosts images and pictures of lots of tiling work completed by the UK Tiling Forum members. Whether old or new, these tile photos, tile images, tiling work portfolios are here for you to browse in your own time.

Awesome Find a Tiler Service on UKTilingForum.co.uk - The UK\'s Tiling Forum and Community Website. Primarily for UK Tiling Advice (that free, with tiling tips too) but also for Overseas Tiling Forum too. Tiling Videos, Tilers Resources and Uploads. Tilers Downloads. Tile Layout Maker and Tile Quantity Planner. All on the forum, all for free. 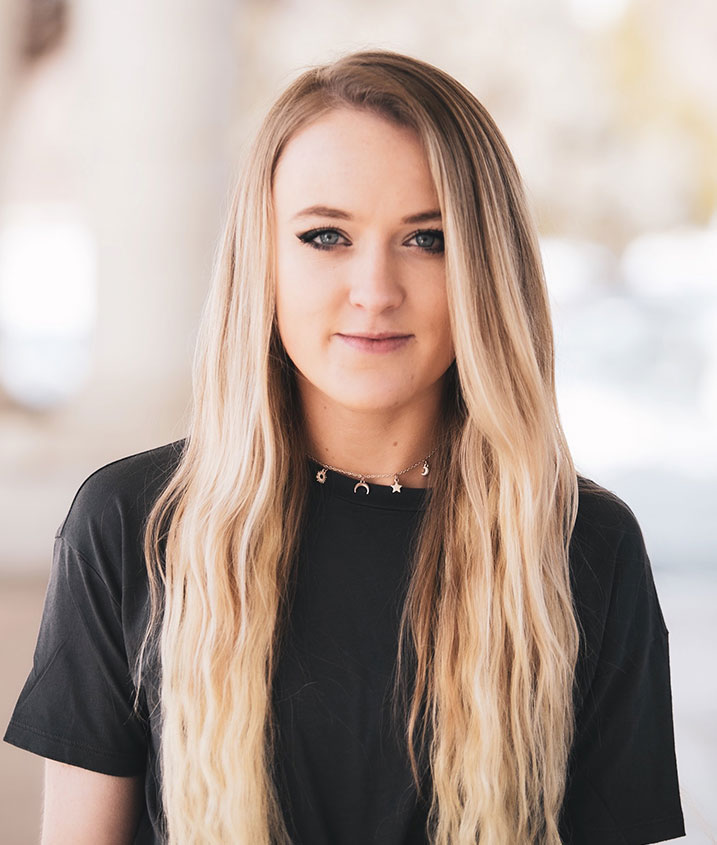 He Supports Tilers on the Forum. 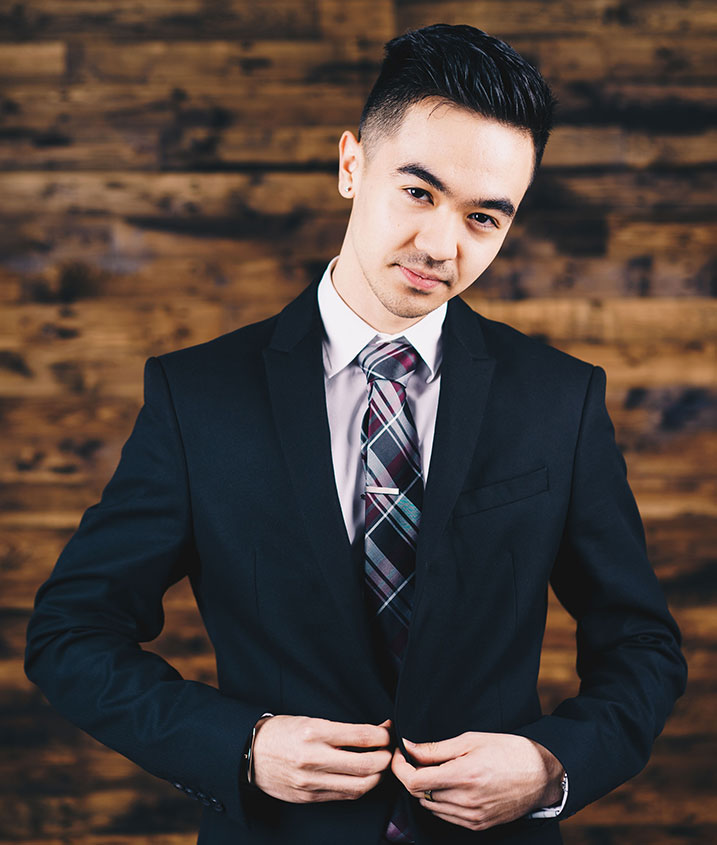 Makes Sure all Members Are Keeping Fair and Honest 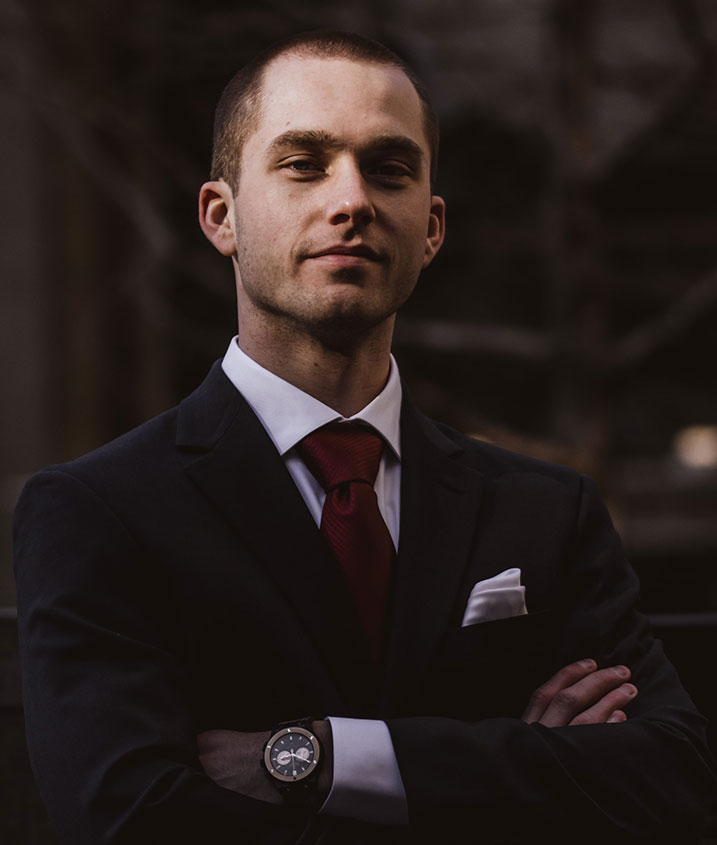 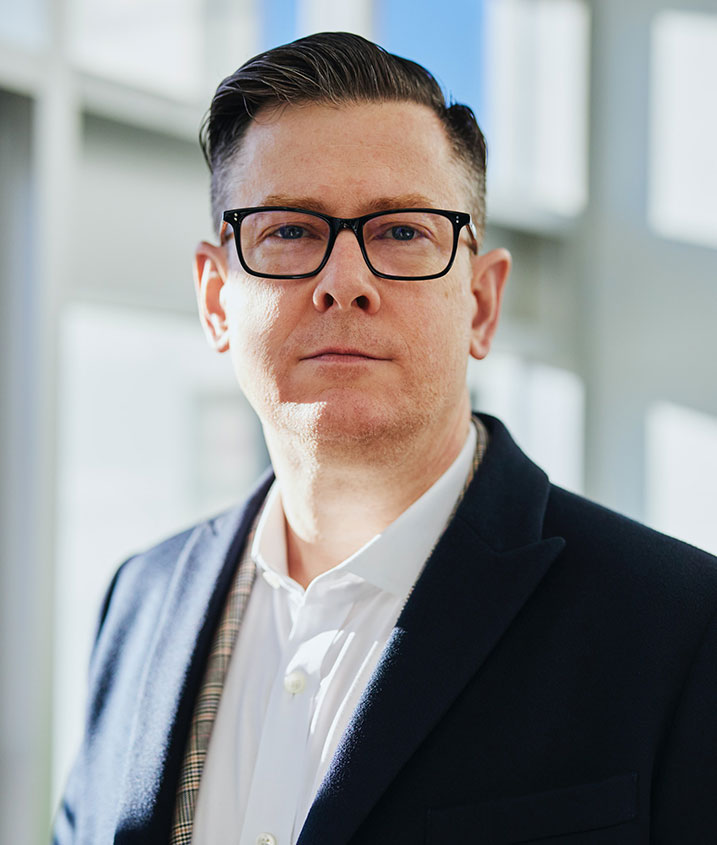 Ensures Our Bills Are Paid and Forums Are Running Well.

What a brilliant forum. I couldn't have done a lot of our jobs without this forum being online.

Without this UK Tiling Forum and Tiling Community I couldn't have done a lot of the jobs I've carried out for my customers.

Without UK Tiling Forum I don't think I'd have bought my tools anywhere near as cheap, or got some of the tiling work that I've got. Thanks lads and ladies.

We use the forum for tiling and tile advice when we have some weird customer requests. We often quickly find out what products we need to recommend and what weights we can hit before needing backer boards or restructuring walls etc.

Use our uk tiling forum to find solutions to your tiling needs, at no cost to yourself or your tiler.

We run this UK Tiling Forum for free. We do not charge anybody a sausage to be part of it. Whether you are a tiler, tile shop owner, adhesive rep, or anybody else.

Our UK Tiling Blog is part of our UK Tiling Community Forum. Please feel free to come and be a guest poster on our blog. If you have anything you\'d like to come and add to our blog, as long as you run a tile-related website with a blog that we can post on in return, then get in touch. [email protected]

We’re starting a Tiling Tool Reviews section on the blog. We’ll be posting about tile cutters of all makes. Along with other tools such as trowels, grinder blades, that kind of stuff. Then lash clips (there are bloody loads of these knocking around these days!).

Come back soon for more info.

Why do we have this other forum?

Free tiling advice can be found online via a few vehicles. One being the UK’s largest wall and floor tiling advice website, TilersForums.co.uk. The other being Facebook groups, and twitter hashtags for tiling stuff.

But then every couple of years a member on the forum gets miffed with another one, deletes their account, regrets it, gets his balls out and says he can do that.

Then they go and get some shyte software and try to start run their own tiling forum.

This immediately attracts all the dickheads that we’ve banned from our forum over the years. And the no-posters who were doing a protest only they knew about by not posting to the forum (Bri). Or threatened to not post to the forum unless they got their thousands of posts back (Doug) or had a go at a woman like a little bitch (Andy).

But they’re not people we would be dealing with ever again. Not one of them posted well to the forum in the last couple of years so we need to get through this cull then a small lull and then get cracking on with the forum again properly.

I’m too busy myself with other forums. Working ones. Awesome fun ones to post on. So I’m not going to hang around on ones that has members still on it that aren’t posting.

I’ll spend a bit of time early next year clearing out some accounts then we’ll start using the members who are registering every day, find the few good tilers amongst them, and give them some incentives to use the forum and get it going again.

It wont take long. But I’m too busy to be messing around with it right now.

Our UK Tiling Forum is Working as Normal During This Pandemic. Dismiss